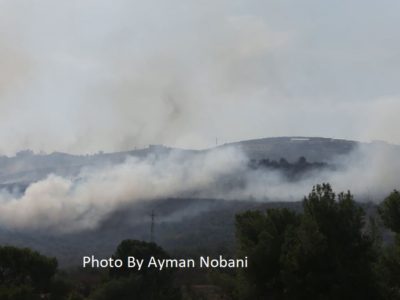 Daghlas added that the colonists have been trying to occupy the lands to install an outpost in that area.

It is worth mentioning that the soldiers stopped and delayed the Palestinians and firetrucks, who were rushing to the burn lands to extinguish the fire.