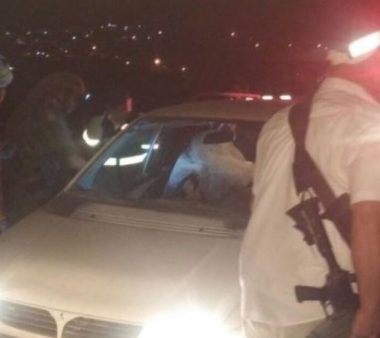 Thiab Masha’la, the head of the al-Jab’a Village Council, southwest of Bethlehem, said the Israeli assailants came from the illegal Beit Ayin colony, which was built on stolen Palestinian lands.

He added that the paramilitary colonists gathered in the al-Jamjoum area, located between al-Jab’a and Nahhalin, and started throwing stones at dozens of Palestinian cars.

Damage was reported to many cars, especially the windshield and other damage to the body of the attacked vehicles.