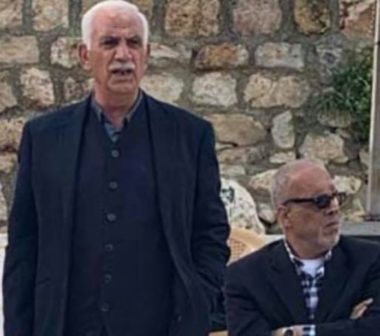 Israeli soldiers abducted, Thursday, the head of Shu’fat Town Council, and a member of the council, northeast of occupied East Jerusalem.

Media sources said the soldiers abducted the head of the Town Council, Ishaq Abu Khdeir, and a member of the council, Nasser Abu Khdeir.

The two were apparently taken prisoner for calling for a procession in front of the local mosque, after groups of illegal Israeli colonialist settlers escalated their invasions and violations in the area.

In recent attacks by the illegal Israeli squatters, the colonists punctured the tires of more than 186 Palestinian cars, and wrote racist graffiti on walls of homes, the local mosque and many cars.

It is worth mentioning that, on Friday evening, Israeli soldiers abducted a child, identified as Ahmad Atef Sharif, 14, east of Qalqilia city, in northern West Bank.