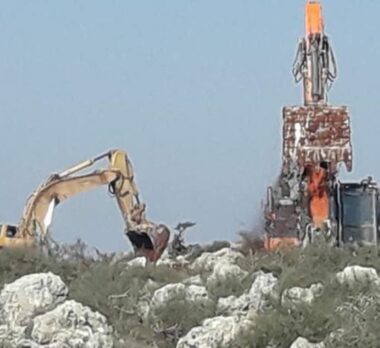 They added that the attack took place in an area that witnesses repeated similar violations, especially since the colonists are trying to occupy them to install outposts.

In related news, many colonists invaded Palestinian lands in the al-Lubban ash-Sharqiya village, south of the northern West Bank city of Nablus, and planted olive saplings, in preparation to install an illegal outpost.