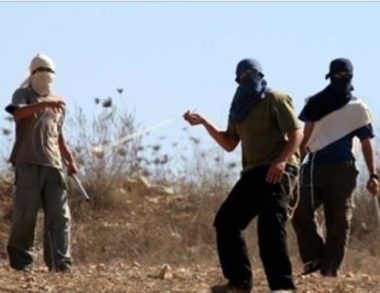 Three Palestinian workers were injured after being attacked by illegal Israeli settlers in Ros Karkar village, west of Ramallah city, in the occupied West Bank.

Rateb Abu Rahma, the Media coordinator of the Popular committee against the Wall and Colonies in Bil’in nearby village, said the three, who work as land surveyors, sustained various cuts and bruises after the illegal colonists threw stones and physically attacked them, warranting their transfer to hospital for medical treatment.

The land surveyors were carrying out surveys in al-Risan mountain, overlooking the Palestinian villages of Ros Karkar, Kafr Ni’ma and Kharbatha Bani Harith.

Israel is trying to illegally confiscate the al-Risan mountain for its strategic location, to connect a number of nearby illegal colonies, at the same time separating several Ramallah villages.

Settler attacks have been pervasive in the occupied West Bank since Israel occupied Palestine in 1967.

Article 49 of the 4th Geneva Convention states that the occupying state (Israel) is forbidden to transfer its own population onto the land it occupies (Palestine), therefore under international law, all Israeli settlements are illegal.