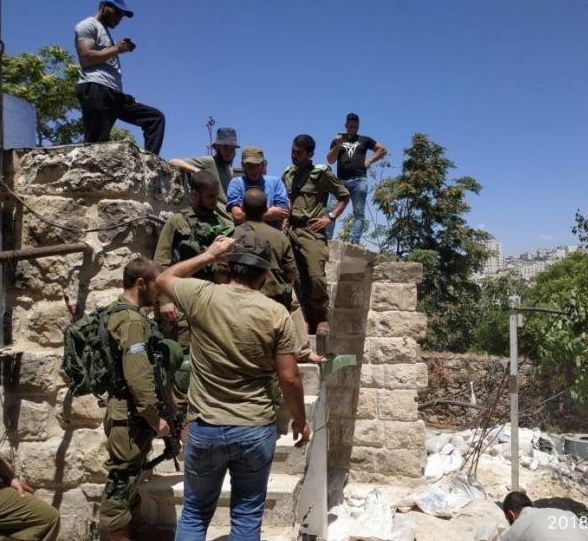 A group of illegal Israeli colonists attacked, Sunday, many Palestinian residents and construction workers in Tal Romeida neighborhood, in the center of Hebron city, in the southern part of the occupied West Bank.

Local sources said the colonists, from the illegal “Ramat Yishai” and “Beit Hadassah” colonialist outposts, who were also accompanied by Israeli soldiers, attacked the Palestinians while building a wall around a home, owned by Palestinians from Abu Aisha family.

The attack led to damage to the wall, and surrounding property, and the colonists also attempted to attack Palestinian families living in that areas.