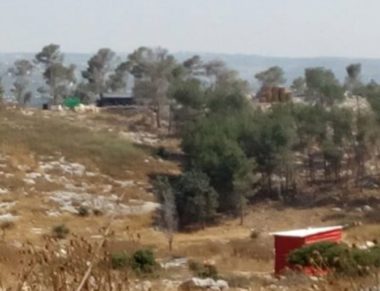 Israeli soldiers invaded, Sunday, Palestinian lands, west of Ya’bad town, near the northern West Bank city of Jenin, and started the expansion of an illegal outpost, which was installed on private lands several months ago.

He added that the outpost started with one colonist, who came for the soldiers claiming to be a shepherd, before the army installed mobile homes, brought more colonists, and started preparing for roads, in addition linking the lands with water and electricity.

Amarna stated that this incident is very serious, as large areas of private Palestinian lands will be illegally annexed by Israel for the new outpost, and for the new roads and other infrastructure.

“The Palestinians already suffer from the constant violations and attacks targeting them and their lands,” he said, “They face ongoing harassment and violations by both the soldiers and the colonists.”