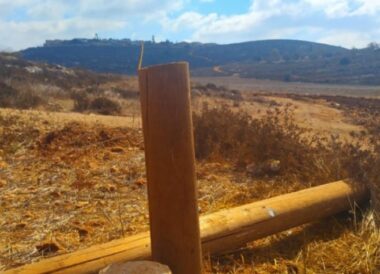 Ghassan Daghlas, a Palestinian official who monitors Israel’s illegal colonialist activities in northern West Bank, said the assailants came from Yesh Kodesh outpost, and added that they used chainsaws to chop the poles.

Daghlas added that the colonists also burnt three other electricity poles and stated that the assaults left large areas of the village, especially its eastern parts, without electricity.

The official said the colonists have recently escalated their violations, including burning Palestinian property, cutting, and uprooting trees, and added that these violations always witness a sharp increase during the olive harvest season.