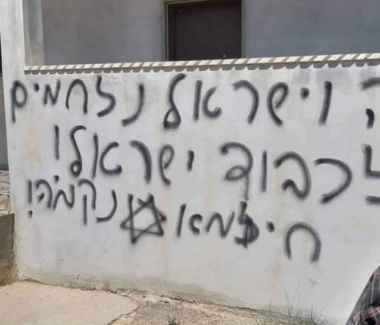 He added that the colonists also wrote racist and anti-Palestinian graffiti, some calling for “revenge,” and “killing the Arabs,” on walls of several homes, and on cars, in addition to a kindergarten and a school.