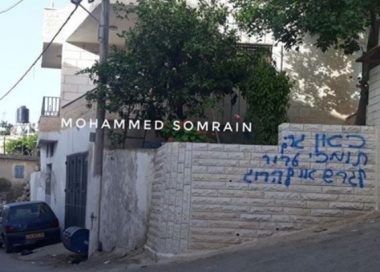 Security sources stated that the illegal Israeli settlers sneaked into the village, punctured the tires of parked vehicles and spray-painted racist graffiti and slogans on vehicles and houses.

Settler attacks against Palestinians and their property is routine in the West Bank and is rarely, if ever prosecuted by Israeli authorities.

Over 600,000 Israelis live in Jewish-only settlements across the occupied West Bank, in violation of the Fourth Geneva Convention.