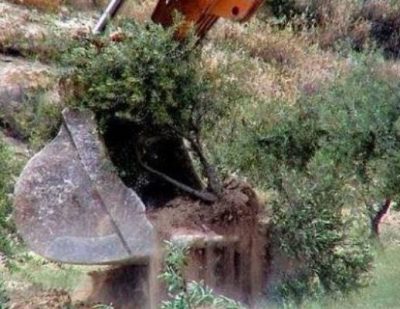 Several military jeeps and nine bulldozers invaded the lands, and started uprooting them, to prepare for the new colony, which will be built on lands Israel illegally confiscated and designated as “government-owned property.”

The decision to illegally confiscate the lands was made in late March this year, and targets at least 977 dunams of Palestinian lands.

Israel’s colonies in the occupied West Bank, including East Jerusalem, are illegal under International Law and the Fourth Geneva Convention, to which Israel is a signatory and a constant violator.