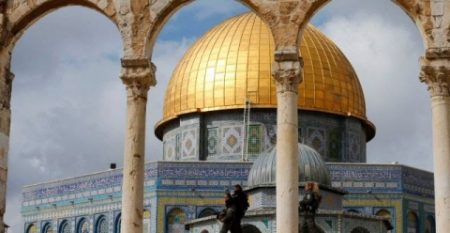 In violation of a longstanding agreement between Jordan and Israel, which prevents non-Muslim religious rituals from being performed at the Al-Aqsa Mosque compound in occupied East Jerusalem, a group of Israelis reportedly performed a marriage ritual inside the compound on Wednesday.

WAFA reported, according to Ma’an, that a group of right-wing ultra-religious Israelis performed a marriage ritual under the protection of Israeli police.