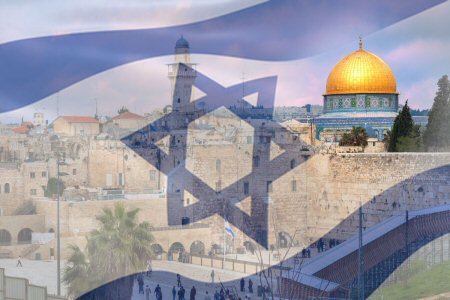 The Israeli Knesset approved, on Monday night, the second and third readings of the so-called United Jerusalem Bill, which takes occupied Jerusalem from any future deal with Palestinians.

Sources said, according to Days of Palestine, that 64 extremist Jewish MKs voted in favour of the bill, while 51 voted against it, including the Arabs, and one abstained.

The bill was proposed by the chairman of the extremist Jewish Home party and the Education Minister Naftali Bennett, and was submitted by MK Shuli Moalem-Refaeli.

It stipulates that a majority of 80 MKs will be required to change the status of Jerusalem or for any transfer of territories from Jerusalem within the framework of a future diplomatic agreement.

Previously, a majority of only 61 MKs was required.

Israeli Jerusalem Affairs Minister Ze’ev Elkin welcomed the approval of the bill. “I congratulate the Knesset on the approval by a large majority of the amendment to the Basic Law,” he said.

He wrote on Twitter: “Jerusalem, which strengthens the defensive wall against those on the left who may try to harm Israeli sovereignty in united Jerusalem in the future.”

Bennett, meanwhile, welcomed the approval and wrote on Facebook: “Just now we ensured that Jerusalem will be united forever. We initiated the law that guards Jerusalem so that it cannot be divided without a huge majority of 80 MKs.”

Zionist Jewish gangs occupied the Western part of Jerusalem 1948 along with most of Palestine’s area. In 1967, they occupied the Eastern part along with the West Bank, the Gaza Strip, the Syrian Golan Heights and the Egyptian Sinai Peninsula.

Challenging the international community, in 1980, Israel announced united Jerusalem as its capital, arousing a UN Security Council resolution calling any Israeli measure that changes the legal status of Jerusalem city is “null and void.”

However, on 6 December, 2017, the US President Donald Trump recognized united Jerusalem as the “eternal capital of the state of Israel” and announced plan to relocated the US embassy from Tel Aviv to Jerusalem.