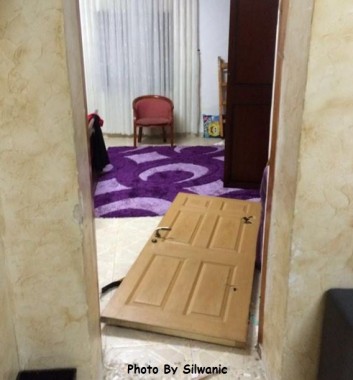 Dozens of Israeli soldiers surrounded, late at night, the al-‘Isawiyya town, in occupied Jerusalem, and conducted massive invasions and searches of homes, throughout the night until dawn hours, and kidnapped 25 Palestinians, including 18 children.

The Wadi Hilweh Information Center in Silwan (Silwanic) in Jerusalem, said the soldiers closed all roads leading to the town, and prevented the Palestinians from entering or leaving it, while a military helicopter hovered overhead.

The soldiers then started an extensive military campaign targeting dozens of homes throughout the town, as the soldiers broke into them and violently searched them, causing excessive property damage, before kidnapping 25 Palestinians, and summoning dozens for interrogation.

All kidnapped Palestinians were moved to the al-Maskobiyya interrogation center and the police station in Salaheddin Street, in Jerusalem.

They have been identified as;

In addition, the soldiers summoned at least 20 Palestinians for interrogat ion, and confiscated two cars belonging to a family in the town.

The soldiers distributed leaflets warning more severe measures, invasions, abductions and closures, “should the incitement continues,” according to the statement.

Al-‘Isawiyya has been subject to daily invasions, an issue that leads to ongoing clashes between the soldiers and dozens of local youths.

The invasions also include photographing homes, stores and other property, and addition to delivering demolition orders against homes.