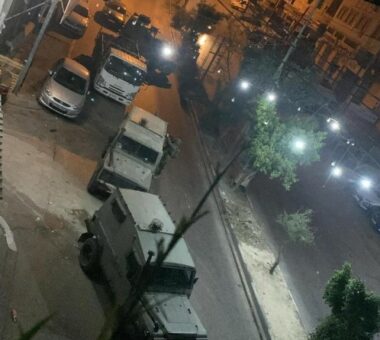 On Monday evening, the army released Hala Srour, 16, from Ni’lin town, west of the central West Bank city of Ramallah, after detaining her for 15 days when the soldiers abducted her on November 28th while visiting her brother, Khaled, a political prisoner held at the Eshel prison.