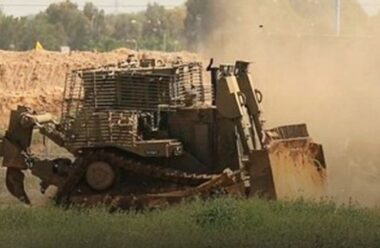 They added that the army bulldozed and uprooted lands near the perimeter fence and removed agricultural sheds.

During the invasion, the soldiers fired live rounds and smoke grenades to force the farmer to leave their lands.

On Saturday, Israeli soldiers fired live rounds at Palestinian farmers and bird hunters in the central and southern parts of the Gaza Strip.