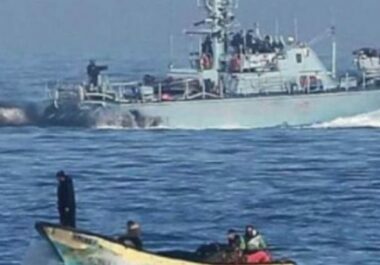 Media sources said the navy attacked the boats with live fire and high-velocity gas bombs near the shores of Al-Waha, As-Sundaiyya, and Beit Lahia.

They added that the navy used water cannons to attack the boats and chased them to the shore. The attacks led to damage but did not result in injuries.

Late on Thursday night, the navy attacked Palestinian fishing boats with live fire and gas bombs and fired many flares, forcing the fishermen to leave.