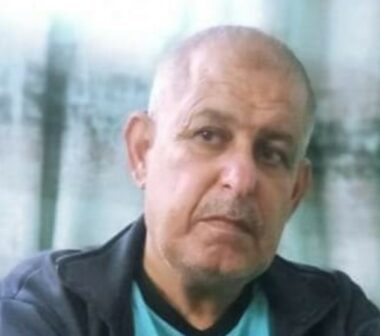 The Shehab News Agency has reported that a Palestinian man died Friday dawn from serious wounds he suffered in August of this year, 2022, during the Israeli offensive on the Gaza Strip.

It said Nabil Shallah, 59, from the Sheja’eyya neighborhood east of Gaza city, has died from his wounds at a hospital in the coastal region.

The Palestinian man suffered life-threatening wounds when the Israeli army fired missiles at homes and buildings near Abu Samra Mosque in the Sheja’eyya neighborhood.

The Israeli offensive on Gaza started with the assassination of Taiseer Mohammad al-Ja’bari, 50, a senior leader of the Al-Quds Brigades, the armed wing of the Islamic Jihad, when the Israeli air force fired missiles at Burj Falasteen (Palestine Tower) in the center of Gaza City, on August 5th, killing many civilians in the apartment building and wounding dozens.

The Palestine Tower has thirteen floors and many government offices and media centers. The bombing also caused damage to many surrounding buildings, stores, and commercial facilities.

The three-day offensive on Gaza led to the death of 49 Palestinians, including fifteen children and four women, and caused 360 injuries, including 151 children and 58 women; many of the injured suffered life-threatening wounds.