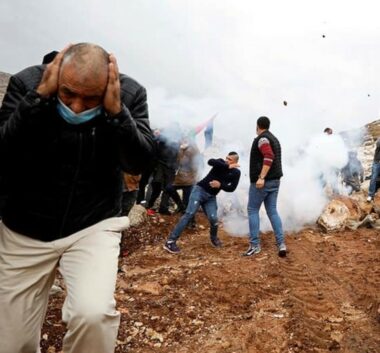 On Friday, Israeli soldiers injured several Palestinians, including a child, in Beit Dahan, east of Nablus, in the northern part of the occupied West Bank.

Media sources said dozens of Palestinians held the weekly nonviolent procession in the town before the soldiers attacked them with Rubber coated steel bullets, gas bombs, and concussion grenades.

They added that the soldiers shot a child with a rubber-coated steel bullet and cases at least ten Palestinians to suffer the effects of tear gas inhalation.

The soldiers injured thousands of Palestinians during these protests and killed many others, including children.