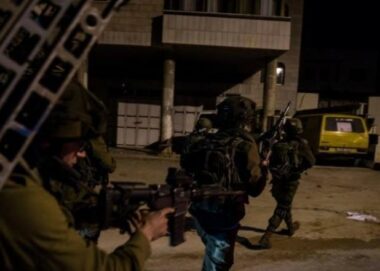 On Wednesday dawn, Israeli soldiers abducted five Palestinians, including three children, from their homes in the Ramallah governorate, in the central part of the occupied West Bank.