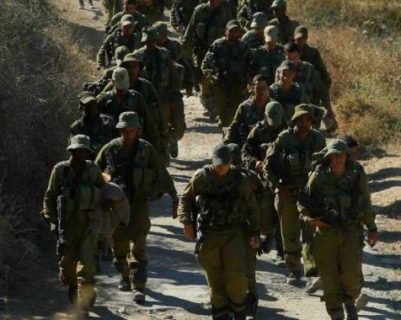 It added that the soldiers also invaded and searched homes in Tarqoumia town, west of Hebron, and kidnapped Jom’a Zaki al-‘Attal.

In related news, the army intensified its deployment on bypass roads, and entrances of various villages, towns and refugee camps, in the Hebron district, in addition to the main road linking Hebron city with Farsh al-Hawa area.

The army stopped and searched dozens of cars, and interrogated many Palestinians while examining their ID cards.