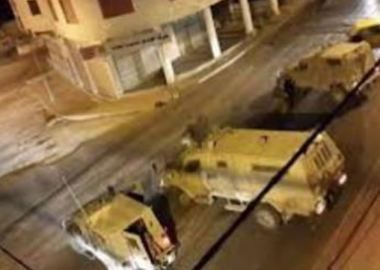 The Nablus office of the Palestinian Prisoners’ Society (PPS), in northern West Bank, has reported that Israeli soldiers abducted, on Thursday at dawn, four young Palestinian men, after invading their homes and violently searching them, in the governorate.

It added that the soldier abducted another Palestinian, identified as Marcel Mahmoud As’ad, 21, from his home in Salem village, east of Nablus.

Furthermore, the soldiers invaded several areas in the southern West Bank city of Hebron, illegally confiscated cash and a car, and abducted seven Palestinians, in addition to summoning a former political prisoner for interrogation.