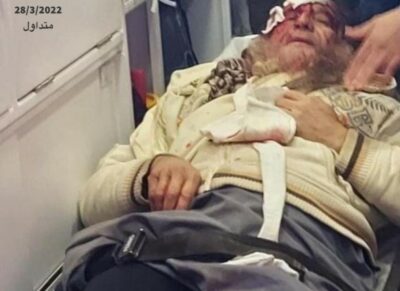 Updated: On Sunday evening, illegal Israeli colonizers attacked many Palestinian cars on several intersections near Nablus, in the northern part of the occupied West Bank, causing damage and several injuries.

Medical sources in Nablus said the attacks caused several injuries among the Palestinians, including an elderly man who was wounded in the head.

They added that the elderly man was rushed to Rafidia hospital, in Nablus. He said the attacks took place on intersections near the al-Lubban ash-Sharqiya town, the main Nablus-Qalqilia Road, and the road near Beit Forik military roadblock, the Jenin-Nablus Road along with several surrounding junctions.

Daghlas added that the colonizers also gathered on the junction near Shilo illegal colony, south of Nablus, amidst extensive military deployment.

The colonizers also hurled stones at Palestinian cars near the Ennab Israeli military roadblock, east of Tulkarem, in the northern West Bank.