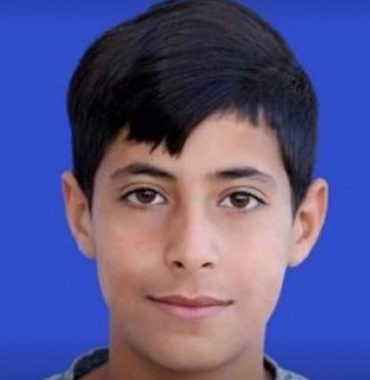 Updated: Israeli soldiers invaded, on Tuesday afternoon, the al-Mughayyir Palestinian village, northeast of the central West Bank city of Ramallah, and shot a Palestinian child with a live round in the head from a close range, causing a serious injury, before he was rushed to a local hospital where he died from his wounds.

Eyewitnesses said the soldiers shot the child from a very close range, striking him with a live round in the head.

The child was shot after dozens of soldiers invaded the village, and attacked Palestinian protesters with gas bombs, rubber-coated bullets, concussion grenades and live rounds.

The Israeli army claimed that approximately 30 Palestinians hurled stones and burnt tires when the soldiers “entered” the town, and alleged that the soldiers “did not use live ammunition in dispersing the protesters.”

The army added that it was “launching an investigation into the circumstances which lead to the child’s death,” and alleged that “some protesters hurled Molotov cocktails at the soldiers.”

The slain child’s funeral will take place on Wednesday afternoon, in his village; his death brings the number of Palestinians who were killed by the army in January to eight, including four children. 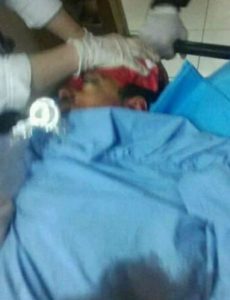 A Palestinian child who was admitted to hospital with critical gunshot wounds near Ramallah, succumbed to critical wounds today, said medical sources.

According to WAFA, the Ministry of Health said that a 16-year-old boy, identified as Laith Haitham Abu Na’im, was shot and critically injured by Israeli forces’ live,  in the village of al-Mughayyir, to the northeast of Ramallah.

Laith was admitted to Palestine Medical Complex in Ramallah, with serious injuries in his head.

He was pronounced dead shortly after arriving at the hospital.