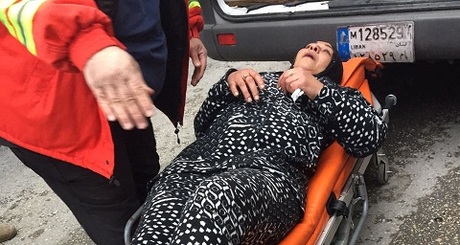 A volatile ceasefire was reached on Thursday evening, after renewed clashes between Jund al-Sham and Al-Fateh resulted in the death one while several others were injured. Fighting and assassinations have plagued Ein El-Hilweh since April 2016.

The fatality in the latest round of violence has been identified as Abdullah Mohammed al-Ghar. Several other people, including a woman, were wounded in fresh fighting. The clashes between the mainstream Fateh Movement and the hardline Islamist group, Jund al-Sham, erupted after the funeral of Samer Hmeid  (aka Samer Nejmeh) and Mahmoud Abdul Karim Saleh, who both were killed during violent clashes on Wednesday.

Dozens of families who were trapped in their homes in the Arab Zbeid area urged officials to exert efforts to halt the fighting. Residents were reportedly fleeing en masse from the camp’s eastern neighborhoods. Wednesday’s unrest resulted in the death of three people and the injury of at least six others.

The situation in the refugee camp south of the city of Sidon deteriorated in April when a member of Fateh al-Islam allegedly assassinated Hamza al-Natour, a member of the Harakat Fateh group.

A week later Fathi Zaidan was killed and four others were injured in a bombing near Ein El-Helweh. Zaidan was responsible for the Mieh Mieh refugee camp and an official representative of the Fateh-dominated Palestinian Authority led by President Mahmoud Abbas.

Editor’s note: See archive IMEMC post 02/25/16 Why It’s Dangerous to Conflate Hamas and ISIS for a clearer picture of Hamas and the differing roles played by front line Islamist groups.

The situation in Ein El-Helweh also affected the work of the United Nations Relief and Works Agency (UNRWA) which suspended its work in Ein El-Helweh. UNRWA spokesman Christopher Gunness issued a stament condemning the fact that the violence again has prevented children from attending school. The UNRWA strongly condemns the armed violence and calls for restraint.

The UNRWA stresses that the education and well being of more than 6,000 children attending nine UNRWA schools in the camp have been impacted.  Two health centres, serving the health needs of the Palestine refugee population in the Camp, have been forced to close temporarily. The UNRWA also stressed that this is the fourth time in the past month that UNRWA has been forced to close its services due to security incidents. Closures have occurred on 5, 7, 21 and 22 December.