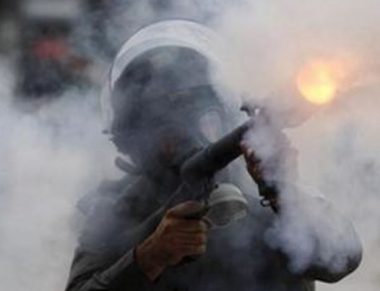 The Popular Committee in Ni’lin said the soldiers fired rubber-coated steel bullets, concussion grenades and gas bombs, against the nonviolent protesters, causing many to suffer the effects of teargas inhalation.

Member of the Popular Committee against the Wall and Colonies in Ni’lin Mohammad ‘Amira, said the soldiers also fired gas bombs at homes in the southern part of the village.