Remembering Muhammad al-Durrah and the Stolen Dreams of Palestine (VIDEO) 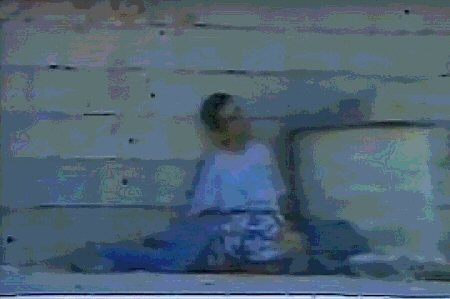 Mere days ago, on the 22nd of September, the city of occupied al-Khalil (Hebron) remembered and mourned the murder of 18 year old Hadeel al-Hashlamoun, another Palestinian youth executed in cold blood by Israeli forces outside the Shuhada Street checkpoint one year ago. Today, on the 30th of September, all of occupied Palestine bows its head in mourning and raises its fist in resistance on the 16th anniversary of the deaths of Jamal al-Durrah and his 12- year-old son, Muhammad.

On this day, 16 years ago, Israeli forces unleashed their militarized terror upon the streets of occupied Gaza, firing indiscriminately upon anything seen as a threat, which at this time was any Palestinian within sight.Â  Even Palestinian medics were forced to run for cover as bodies lay bleeding on the ground.Â  On this day, every Palestinian person was reduced to just that in the eyes of the Israeli occupying forces: a body to be targeted.Â  Two of these bodies were Jamal and young Muhammad.

16 years ago, the world was presented with a French journalistâ€™s video documenting, in incriminating clarity, the final moments of a young, frightened, innocent boy who had not even reached his teenaged years.Â  As Palestinians run frantically for cover, the camera focuses in on Muhammad as his father attempts to shield him behind a concrete cylinder.Â  In what seems like an instant, gunfire rains down upon the two of them, and the entire scene is covered in smoke.Â  As the smoke clears, young Muhammadâ€™s body is seen slumped over his fatherâ€™s lap.Â  Jamal musters his last remaining strength to sit his upper body up.Â  He wavers back and forth for a few moments, the body of his son laid across his legs, before the spark of life leaves his body as well.

In the 16 years since Muhammadâ€™s execution, Palestine has never ceased to live under the iron grip of Israeli state terrorism.Â  16 years has brought military crackdowns, arbitrary arrests, fear and intimidation across the West Bank, Gaza, and East Jerusalem. 16 years has brought countless land grabs in the expansion of illegal checkpoints and illegal Israeli settlements.Â  16 years has seen Israeli forces and settlements â€śpulled outâ€ť of Gaza, only to be replaced by a complete economic blockade as Israel surrounded its borders on land, sea, and even the militarized sky above.Â  16 years has brought multiple genocidal assaults on Gaza, the latest, dubbed â€śOperation Protective Edgeâ€ť, slaughtering over 2,000 Palestinian lives.Â  Over the course of the last 16 years, the land that Muhammad al-Durrah lived, played, and dreamed on has continued to live under the sledgehammer of an illegal military occupation attempting to erase Palestinian bodies and memories from existence in order to lay claim to a stolen nation.

There is much to remember from these past 16 years, and each day brings more horrors for the people of Palestine.Â  Yet today, let us remember the death of an innocent boy whose only crime was living in the land of his birth.Â  May his unknown, yet forever-present dreams shine a light on the entire land of Palestine today, and remind us that all we struggle for is life itself.

VisitÂ the official website of the International Solidarity Movement (ISM).