ISM Report : Death Is Only the Beginning of Suffering For Family In Ezariyya 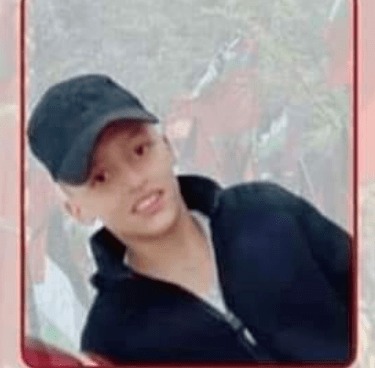 Nassim Abu Roumi (14) was shot dead by the Israeli forces, after he attempted to stab an Israeli police officer

“My son was killed 5 days ago…all I want is to bury him. But they are keeping his body, they will not give him to us.”

Mokafih Abu Roumi spoke with ISM on Tuesday, August 20, about the death of his son, 14 year old Nassim Abu Roumi, and the harassment and collective punishment he and his family have received from Israeli authorities since.

On August 15, Nassim Abu Roumi (14) and Hammouda Khader Sheikh (14), attempted a knife attack on Israeli police blocking one of the entrances to the Al-Aqsa Mosque (Dome of the Rock). After trying to stab an Israeli police officer, Nassim was repeatedly shot and died at the scene; Hammouda was shot multiple times before being taken in custody. His current condition is unknown. One Israeli police officer was treated for “light wounds”. Video footage of the attack shows Nassim was initially shot in the leg, after which Israeli officers continued firing at him. Mokafir believes that his son was executed, as he no longer posed a threat to the police, stating that “They [the police] could have stopped him without killing him. These soldiers (police) are very well trained, they had…years of experience, they could control a little boy. They wanted to kill him.”

Immediately after Nassim’s attack, his father was arrested and held in a cell for 2.5 hours, after which he was interrogated by Shin Bet agents. He was forced to watch the video of Israeli police repeatedly firing bullets into his son, whilst surrounded by Israeli Occupation Forces demanding that he identify Nassim.

Mokafih describes Nassim as a “…friendly, honest child. He was popular at school and had many friends. He was in the 7th grade at [a branch of] the Al Aqsa school in Ezariyya, he had no social or psychological problems. He liked football and Internet.” He remembers his son being deeply angered by the brutality of the IOF towards Palestinian worshipers at the Al Aqsa Mosque on the first day of Eid, one of the most important Muslim festivals of the year. In particular, the images of women and children being violently assaulted deeply affected him. His father also maintains that his son acted alone, and the attack was not sanctioned or planned by any political party or movement. On August 11th, the IOF used tear gas, rubber coated steel bullets and flash grenades to clear tens of thousands of Palestinian Muslims from the Al-Aqsa Mosque compound, to allow 1,300 Jews into the compound. 61 Palestinians were injured, 15 of which had to be hospitalized. IOF violence inside the Al-Aqsa compound on the first day of Eid; Source: IRNA

4 days later, at 4:00PM in the afternoon, Nassim left the house without telling anyone where he was going. Later that night, Mokafih received word that his son was dead.

Israeli intelligence service Shin Bet continues to hold the body of Mokafih’s son. Mokafih’s requests for his son’s body have been repeatedly rejected on the grounds that the police investigation into the cause of death is still ongoing, even as footage of police shooting Nassim is widely shown in international media and online. Police are also demanding Mokafih agree to preconditions regarding the funeral before returning his son’s body.

In December 2017, Israel’s High Court of Justice ruled that the bodies of alleged suspects cannot be held by the Israeli state, but 4 months later the Knessest passed a new law allowing bodies to be held until families agree to preconditions on funeral arrangements, effectively using the bodies of Palestinians killed by the IOF as bargaining chips.

Mokafih said the inability to give his son even a simple burial is causing tremendous emotional stress and grief for him and his family. Under Islamic burial traditions, burial should take place within 24 hours after death. Burial with dignity and according to the religious laws of the deceased is a basic human right guaranteed by the Geneva Convention. Even after the loss of a son, the Abu Roumi family is not only denied of their basic rights but forced to continue suffering without closure.