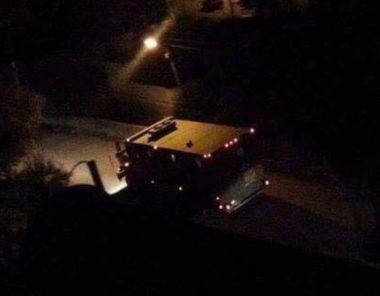 Israeli troops invaded several parts of the West Bank on Saturday before dawn and abducted several Palestinians who were asleep in their beds.

In the central West Bank, Israeli forces abducted on Saturday at dawn two young men from Ein Arik village and a third from Ein Qiniya village west of Ramallah.

According to the Palestinian Wafa News Agency, the Israeli forces abducted Ribhi Abu al-Safa, and Mohammad Nayef Abu al-Safa, from the village of Ein Arik after raiding their homes and ransacking their property.

Another Palestinian, a student at Birzeit University and former political prisoner, was abducted from his house in Ein Qinya village, northwest of Ramallah.

It is noteworthy that the Israeli military maintained a closure of all roads west of Ramallah through Friday night, following the death of an Israeli settler and the wounding of two others from an improved explosive device near Deir Bzeih.