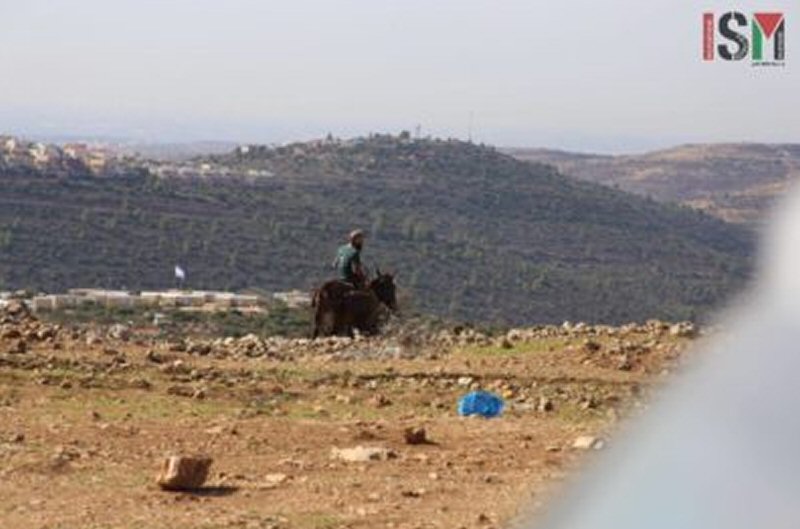 Investigating a reported settler attack on a home outside of Mazra’a al-Qibliya, the residents, along with ourselves, were attacked by a settler on horseback on the 18th of November.

The settler began by intruding on the property and brandishing a handgun. The residents responded by throwing stones, as the settler circled, firing seven shots over the course of five minutes. My colleagues and I ducked as the last three bullets whizzed past our heads.

Before the initial attack, we interviewed the villagers about an assault on their property, in which they described about twelve settlers coming in the middle of the night, armed with rifles, firing shots in the air, while vandalizing various parts of their property.

Near the house, we found all of their water tanks punctured by stab marks, fencing around the property ripped from the perimeter, and their television’s satellite dish destroyed.

Further out in the courtyard were more signs of damage, including attempted arson. One of the residents showed us a Molotov cocktail made from a beer bottle with cloth inside. “He wanted to burn down the flat,” he said, making a point to show us the front of the bottle: “From Israel. Look. Do you see that? Shandy”, an Israeli brand of beer.

Their property sits less than two kilometers away from two Israeli settlements, and one outpost, including the settlement Kem A’erm, where the attackers reside.