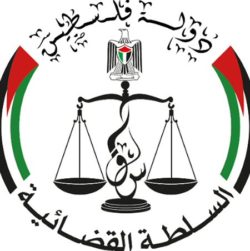 The First Instance Court in Qalqilia, in the northern West Bank, on Wednesday, sentenced two Palestinians to 15 years in prison, with hard labor, after convicting them of selling Palestinian land to Israelis.

The two, from the village of Kufr Thuluth, were part of a ring of land dealers involved in the attempt to sell lands in Jerusalem, Qalqilia, Nablus, Tulkarem and inside Israel, as well, to Israelis, in a deal that was supposed to have taken place last January.

The Palestinian Preventive Security said, on its website, on Monday, that its units were able to arrest four people, one of them a lawyer, suspected of plotting to sell land to Israeli parties. While the Israeli parties were not identified, they were assumed to be settlers.

According to WAFA, the organization said that one of the people involved was hiding in Israel, and that another, a land dealer from inside Israel, have conspired with the rest of the ring members to sell land worth over $10 million to Israelis.

Palestinian law bans sale of land in the West Bank and Gaza to non-residents of Palestine without a prior approval from the Council of Ministers.