‘Aref Jaber lives in the Jaber neighbourhood in the H2 area of occupied Hebron, under Israeli control. He is a local activist and works with Human Rights Defenders filming and publicising the violations of international law committed by Israeli forces in his city.

On June 2nd, ‘Aref witnessed and filmed the murder of Rami Sabarneh, a 37 year old construction worker and a father of three, by Israeli forces just outside his house. The Israeli army said in a statement that Sabarneh had attempted to ram his vehicle into Israeli forces.

Straight after the murder, a commander who had been part of the group that killed Sabarneh, along with seven other soldiers who were present, confronted ‘Aref, telling him to delete the video and pointing their rifles at him. When he refused, the commander violently assaulted him whilst saying, “you recorded the soldier who shot the terrorist. If you continue recording or taking photos of the army, I will put a bullet in your head. Do you understand me?”

Soon after, a group of Israeli intelligence officers came to speak with ‘Aref, trying to intimidate him into changing his statement to say that Sabarneh had been under the influence of alcohol when he was shot. ‘Aref refused. That night, his home was violently raided by Israeli forces, ending in both ‘Aref and his wife being rushed to hospital after being physically assaulted. 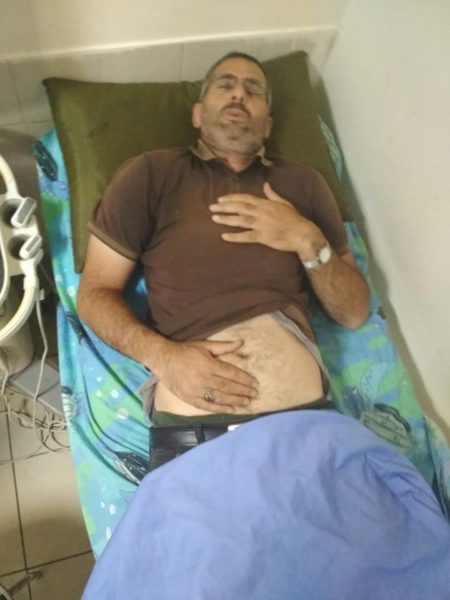 ‘Aref in hospital after he was attacked by Israeli forces (photo: Human Rights Defenders)

Before Sabarneh’s murder, the Jaber family home had recently been raided, in an attempt to threaten ‘Aref to stop his non-violent activism work. Israeli forces threw sound grenades inside the house, and the family were forced to replace the windows and doors. ‘Aref and his wife have five children, some of whom are very young.

On the 23rd of June in the early hours of the morning, ‘Arefs family home was raided yet again. Later that morning, ‘Aref told International Solidarity Movement activists about the experience and the affects on him and his family. (Aref’s statement was translated for ISM by Badee Dwaik, another local activist and member of Human Rights Defenders).

“At a little past 2.30am, I was woken by a knock at the door, so I went to see who it was. Suddenly, around twenty five heavily-armed soldiers pushed inside without explaining the reason for their invasion or giving me and my family time to get dressed. They immediately separated us into different rooms, and the commander told me to wake up one of my younger sons, who was sleeping on the sofa in the living room. They then told me to wake up the remaining members of my family who were still asleep.

“The soldiers then forced us into the living room whilst they collected all of our cameras and phones. They kept them hidden for the whole time they were present, making it impossible to call for help or document the raid. Luckily, they didn’t take them when they left. After this, the soldiers began ‘searching’ my home room by room, turning furniture upside down, destroying several parts in the process, and throwing out clothes from cupboards. 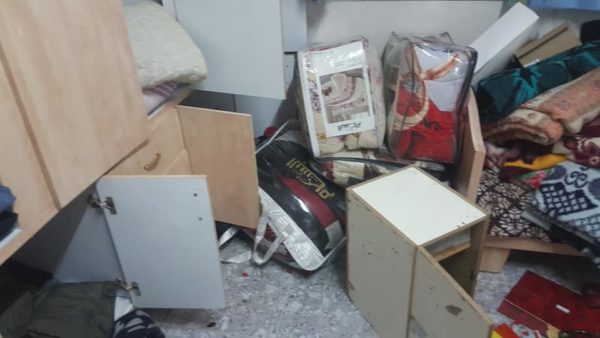 “Dozens of Israeli soldiers storm the house of the activist of the group of human rights defenders, Aref Jaber, at one o’clock in the morning. They search the house and damage some of his furniture. They raise an atmosphere of terror among the children and the entire family.” – Human Rights Defenders

“It was obvious that they weren’t searching for anything – they were just trying to make a mess and ruin parts of our home. It’s a form of collective punishment against me, my family and other activists for filming the soldiers.

“When the Israeli forces left my home, they blindfolded and handcuffed my 16 year old son Baraa, and took him with them. I asked why they were kidnapping my son, but the commander just answered, “you will know later”. Then they left, and we had no idea where they were taking Baraa.

“Later this morning an investigator called. He disclosed no information about the reason for my son’s abduction, his wellbeing or his whereabouts. Instead, he told me, “if you want your son to be free, you must pay a thousand shekel.” [Read more about child arrests and bail here.]

“I don’t have this kind of money at the moment. Two of my sons are getting married in mid July so most of our income is going towards preparing for the weddings. We managed to borrow the money from friends and family, and my son was released earlier today.

“When Baraa arrived home, he told me that he was beaten, humiliated and taken from place to place whilst still blindfolded and handcuffed during the 10 or 11 hour period he was away from us. They never took him to a specific place, just dragged him around throughout the night as part of their torturing policy.”

This was the seventeenth time that Baraa had been arrested by Israeli forces, the first time being when he was just eight years old, and ‘Aref says that most of his children have been arrested at least once. His wife also spent four nights in jail for filming the soldiers.

Recently, he has been working on making two apartments for his sons who are getting married and their new families, but Israeli forces came to stop the work for months at a time.

A representative from the UN high commission visited ‘Aref after the raid to discuss the possibility of putting CCTV cameras around his house, and have said that they will support him. ‘Aref told International Solidarity Movement activists, “the raids and attacks are about putting pressure on me and my family to stop us filming the occupation. This is not random work. Usually when these attacks happens it’s not just soldiers, but commanders in higher positions. They are ‘warning’ us to stop our work with the camera.

“Without the support of the international and local communities we won’t be able to continue this work. I accept the worst is to yet to come, and can still happen. I’m scared they will do something before or during my children’s weddings.” 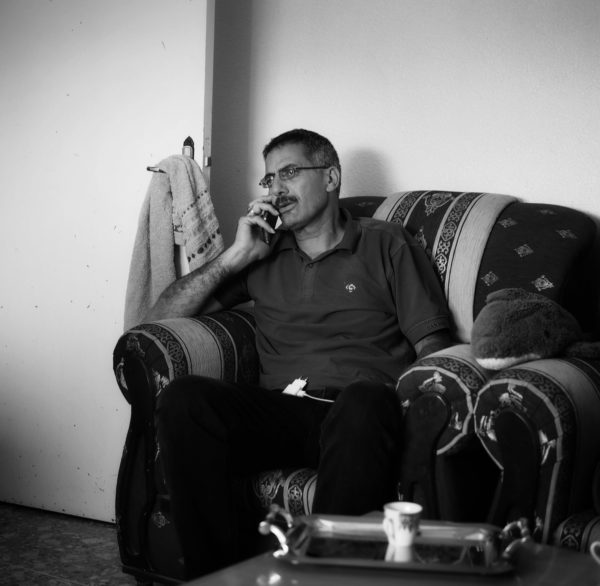 ‘Aref in his home in the Jaber neighborhood of occupied Hebron (photo: ISM)

In the early hours of the 23rd June, the houses of Mohammed Jabari and Behaa Jabari were also violently raided. 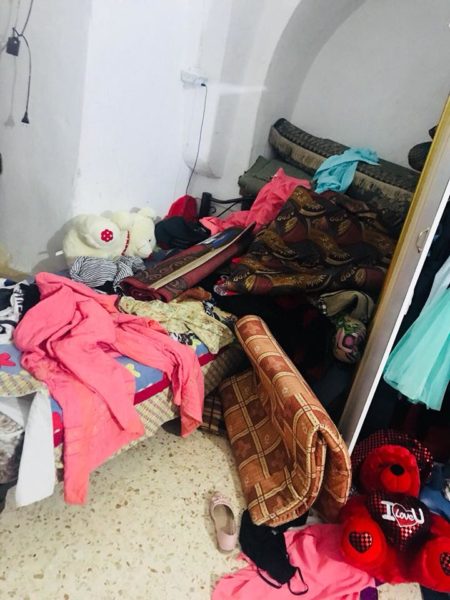 “The occupation army storms the house of Mohammed Jabari, the secretary of the old town of Fatah movement, and destroys the contents of the house.” – Human Rights Defenders

Sign the petition calling on the Knesset to oppose the law criminalizing the documentation of soldiers here.