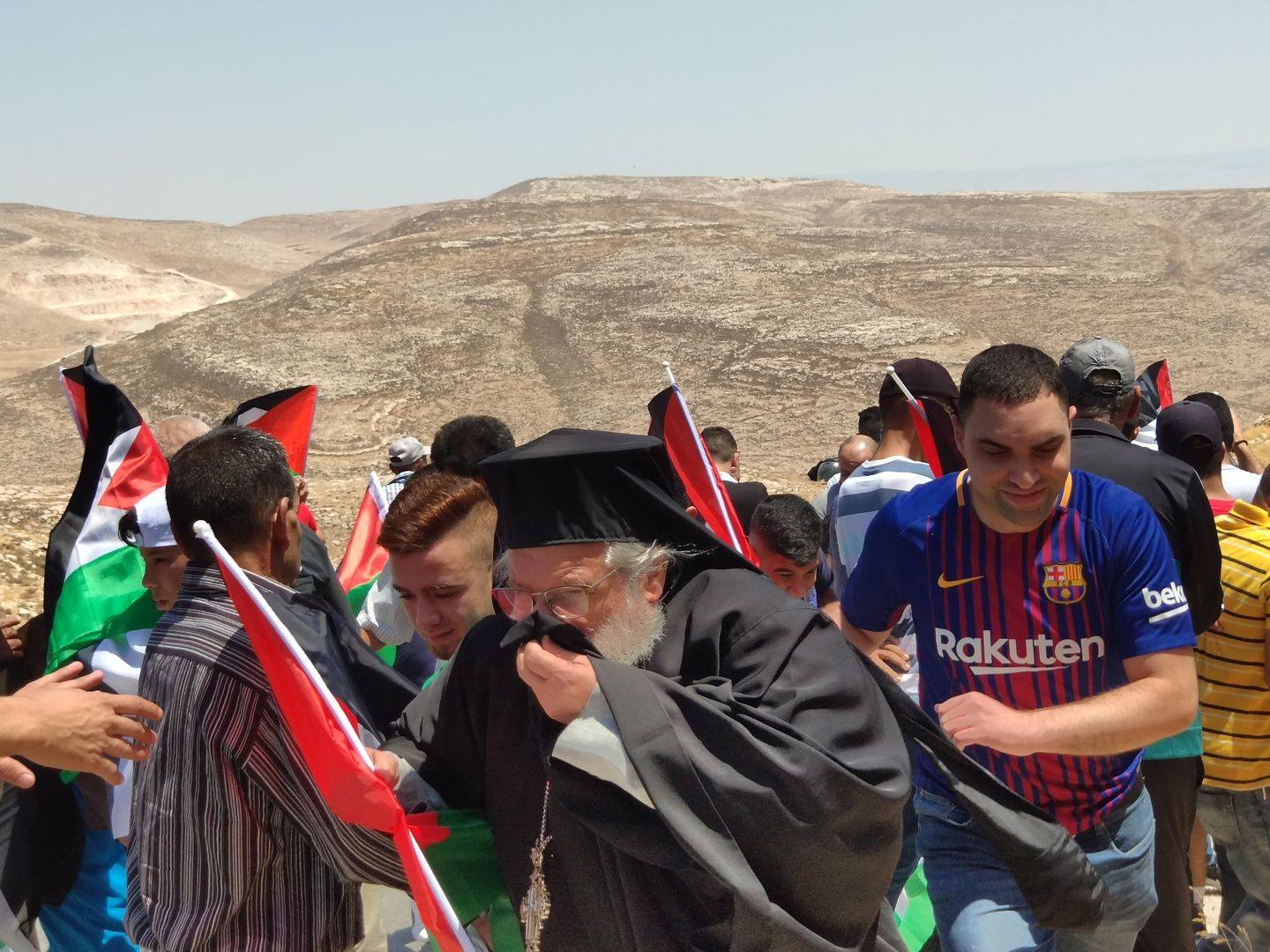 This is the third of a series of reports documenting the control and devastation of water sources by Israel as a tool of oppression.

The residents of Kufur Malik, a town northeast of Ramallah, marched towards the Ain Samia area today to protest Israel’s theft of the village’s water supply, which has been diverted to a new illegal settlement.

Protesters told ISM that 20 hectares of land had also been stolen from the village, where almost 3,000 Palestinians live, and handed to just five settler families.

Hundreds attended the march and prayer – organized jointly by Fatah and the National and Islamic Parties, including a prominent Orthodox priest.

The peaceful protest was immediately bombarded with rounds of tear gas, fired by occupation forces as well as hundreds of rubber-coated steel bullets and sound bombs.

Israeli soldiers also tried to confiscate Palestinian flags from protesters and targeted journalists, interrupting their filming and forcing them to move if they refused to comply with what appeared to be entirely arbitrary orders. The Red Crescent treated several people for tear gas inhalation including an ISMer who had to be carried to an ambulance.

He said that Israeli soldiers: “came up the hill behind us, and fired directly at journalists filming on the hill above the protest.” The ISMer did not suffer any serious injuries.

Being cut off from the local water supply has severe implications for local Palestinian communities and is used as a means of oppression across the West Bank, from the Jordan Valley to the South Hebron Hills.

The cutting of Palestinian water resources is not just a matter of preferential treatment, or discrimination. It is an active effort to force Palestinians out of their homes by applying psychological and economic pressure to the communities there. The cumulative effect of settler attacks and vandalism, military harassment, and economic deprivation are all part of an attempt to break the Palestinian resistance movement. The aim is to force people into being too preoccupied with constant fears, as well as by making day to day existence so difficult, that they cease to resist.

There is no reason why people should be denied the basic human rights and means to live, and this is made all the worse when the means to do so are within reach, and are taken away from them. Control of water by the Israeli apartheid state is an essential aspect of oppression of Palestinians, and is one of the most pressing issues in Palestinians regaining their rights and autonomy.