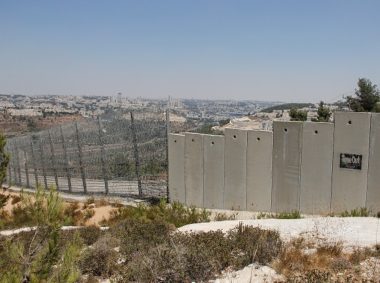 The so-called “Civil Administration Office” the executive branch of Israel’s illegal occupation, has approved the construction of 300 additional units in Gush Etzion illegal colonialist bloc, south of Bethlehem, in the occupied West Bank.

Israeli Channel 7 has reported that the Civil Administration Office has made the official approval of the units in Etzion.

On his part, Shlomo Neeman, the head of Gush Etzion Regional Council of Settlements, welcomed the approval of the new units, and said this will be the first step in the construction of many more units in the area.

The new decision was made after Israel approved the construction of 2430 units in various illegal colonies, including outposts, in the occupied West Bank.

It is worth mentioning that France, and the European Union, issued statements condemning the Israeli decision, and said: “As stated in UN Security Council Resolution 2334, these settlements are contrary to international law. This policy further heightens tensions on the ground and gravely undermines the conditions for a just and lasting peace between Israelis and Palestinians based on a two-state solution.”

France also reiterated the position of the European Union and said that “while taking note of Israel’s approval for 715 building permits for the Palestinians, living in Area C of the West Bank, France reaffirms the considerable needs of the Palestinian population living in that area, even though the vast majority of building permit applications has not been approved in recent years, and the demolition of Palestinian homes – illegal under international law – steadily continues on the West Bank and in East Jerusalem.”

The country also called on Israel to abide by International Law and to void projects that would jeopardize the two-state solution.

In addition, the Organization of the Islamic Cooperation (OIC) condemned the approval of news units in the occupied West Bank and said that the Israeli policies and actions are serious violations of International Law and all related United Nations resolutions.

It called on the Security Council to intervene and put an end to Israel’s escalation and violations in occupied Palestine, including Jerusalem, and stated that Israel continues to challenge the entire international community by trying to enforce new facts on the ground to void the chances for a two-state solution.

There are at least 650.000 Israeli colonists living in more than 132 and 113 outposts colonies in the West Bank, these figures do not include 13 colonies in East Jerusalem and 13 settlements in Palestinian neighborhoods in the occupied city, with a total number of 215.067 colonists.

All of Israel’s colonies and outposts are illegal under International Law, the Fourth Geneva Conventions and various United Nations resolutions.