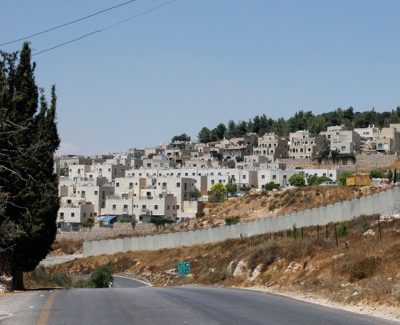 The Israeli government has approved the plans for the construction of 2.430 units for Jewish settlers in illegal colonies in the occupied West bank.

The approval was made by the so-called High Planning Committee of the Israeli “Civil Administration,” the executive and administrative branch of the illegal Israeli occupation in the West Bank, including occupied Jerusalem.

Israeli sources said the new plans do not only include expanding settlements, but also news constructions in outposts that were built without Israel’s approval, and therefore, they will be granted official approval before more units are added to them.

Israeli Peace Now movement slammed the construction plans and described them are “disastrous polices of the Israeli government, meant to undermine the two-state solution.”

It also said that Israel’s discrimination polices against the Palestinians in the occupied West Bank are clearly seen, especially when Israel is linking between thousands of housing permits for the illegal colonists, and the negligible number of units for the Palestinians on their own lands.

Peace Now added that %88 of the newly approved units are deep in the occupied West bank, and are located in colonies that Israel “is likely to be forced to evacuate as part of a future two-state agreement with the Palestinians.”

“We see, for example, an approval of the illegal outpost built for Israelis next to the Palestinian Bedouin village of al-Khan Al-Ahmar, for which the government refuses to approve any construction permits and instead seeks to transfer,” it said.

There are at least 650.000 Israeli colonists living in more than 132 and 113 outposts colonies in the West Bank, these figures do not include 13 colonies in East Jerusalem and 13 settlements in Palestinian neighborhoods in the occupied city, with a total number of 215.067 colonists.

All of Israel’s colonies and outposts are illegal under International Law, the Fourth Geneva Conventions and various United Nations resolutions.

It is worth mentioning that the European Union (EU) issued a statement, Tuesday, denouncing the approval of the 3.430 units in the occupied West Bank, and said that the colonies are illegal under International Law and harm the chances for achieving a comprehensive peace agreement based on the two-state solution.