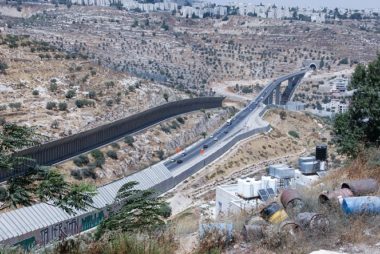 The Israeli “Planning and Construction Committee” in occupied Jerusalem has approved two plans for the construction of 641 units for illegal colonialist settlers, west of Hebron Road, in the city.

The first plan aims at building new units around Talpiot area, west of Hebron road, along the blue light-railroad line and east of Bethlehem, while the second plan will add units in Shaare Zion illegal colony.

They aim at building two apartment buildings, in addition to a Synagogue, an industrial structure and various health facilities for the colonists.

The Palestinian National Bureau for Defending Land and Resisting Colonies, which is run by Palestine Liberation Organization (PLO), has reported that Israel’s illegal colonialist activities are also tools used by Israeli Prime Minister Benjamin Netanyahu, and other extreme right-wing parties, in their election campaign, especially ahead of the new election in the country this coming September 17th.

It added that Israel has approved, last week, more than 2304 units in illegal colonies in the occupied West Bank, and stated that the new approvals, including upcoming plans, are part of a series of constructions Netanyahu aims to carry out, in direct cooperation with U.S. President D. Trump, and his fanatic cabinet.

Two weeks ago, the Israel government approved structural plans for 6000 units in the West Bank, while the “Higher Planning Council” of the so-called Civil Administration Office, the executive and administrative branch of Israel’s illegal occupation, has approved preliminary plans for additional 200 units in Mitzad colony, and the constriction of 100 units in Abi Hanahal colony, east of Gush Etzion Bloc, south of Bethlehem.

While Israel continues to approve plans, build and expand its colonies in the occupied West Bank, including in and around East Jerusalem, under the full support of the Trump administration, all of the colonies are illegal under International Law, the Fourth Geneva Convention and various United Nations and international resolutions and treaties.