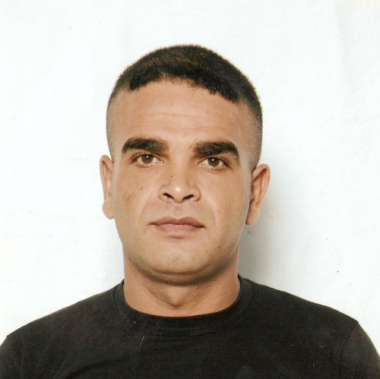 The Palestinian Detainees’ Committee has reported, Monday, that the Israeli Prison Authority has moved an ailing Palestinian detainee to Assaf Harofeh Medical Center after a sharp deterioration in his health condition, due to lack of adequate medical treatment.

The Committee stated that the detainee, Sami Abu Diak, was diagnosed with cancer three years ago, and in September of 2015, he was moved to Soroka Israel Medical Center for surgery in his bowels; however, due to a medical error after the surgeons removed some of his intestines, he started facing further complications.

As a result of this, Abu Diak suffered kidney, renal and pulmonary failures, before he underwent three additional surgeries, and remained hooked to respiratory machines for six months.

The detainee was taken prisoner in the year 2002, and was sentenced to three life-terms and an additional 30 years in prison.

He is one of 15 detainees who are constantly housed at the clinic of the Ramla prison, which lack basic essential equipment and specialized physicians, in addition to being one of nearly 7000 detainees in various prisons, who suffer with several serious conditions, including cancer.

His brother, Samer Abu Diak, is also a political prisoner serving a life term, and is facing various health complications, in the Ramla prison clinic.

The Detainee’ Committee held Israel responsible for his life, and the lives of hundreds of ailing detainees, especially since Tel Aviv refuses to release them to be hospitalized in Palestinian medical centers, closer to their families, where they can constantly be treated by specialists.