Israel Approves Dozens Of Units In Illegal Colony Near Bethlehem 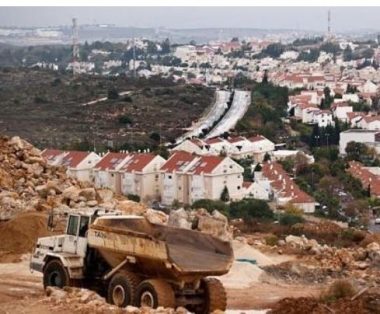 The Israeli authorities approved the construction of 106 new units in the illegal Efrat colony, built on private Palestinian lands between Artas village and the al-Khader town, south of Bethlehem, in the occupied West Bank.

Hasan Breijiyya, the coordinator of the Popular Committee against the Annexation Wall and colonies in Bethlehem, said the Israeli “Higher Council for Construction and Planning,” of the Israeli “Civil Administration” office in the occupied West Bank, has approved the construction of 40 new units in Efrat.

Breijiyya added that the colonists filed an appeal, demanding more units, before the council increased the number of units to 106.

All of Israel’s colonies in the occupied West Bank, including in and around Jerusalem, are illegal under International Law, the Fourth Geneva Convention and various international resolutions and treaties.