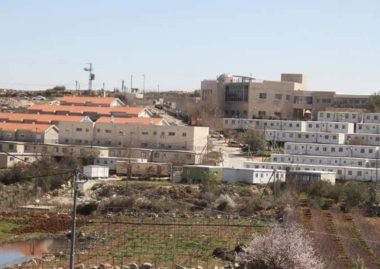 The Israeli government has approved, Wednesday, the construction of eight colonialist units in Migdal Oz illegal colony, which was built on Palestinian lands near Beit Fajjar town, south of the West Bank city of Bethlehem.

Hasan Breijiyya, the head of the National Committee against the Annexation Wall and Colonies in Bethlehem, said the approved eight units are part of a bigger plan, which awaits approval, for the construction of additional 600 new units in the same illegal colony.

He added that the plan aims at expanding illegal smaller colonies, which are all part of the Gush Etzion colonialist block, south of Bethlehem.

Israel’s colonies in the occupied West Bank, including in and around East Jerusalem, are illegal under International Law and the Fourth Geneva Convention.