Israel Blacklisted by UN Among Top Child Killers of 2018 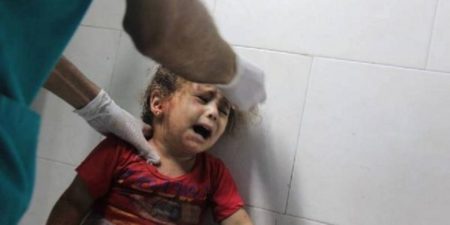 The United Nations has, for the third year in a row, put Israel on the world body’s blacklist of child killers.

According to a report by United Nations Secretary-General Antonio Guterres, in 2018, Israel killed 59 Palestinian children during that year.

The UN chief’s report, which was presented to the Security Council on Friday, states that Palestinian casualties caused by the Israel, mainly its military, hit a four-year high in 2018.

The report shows that 59 Palestinian children were killed – 56 by Israeli forces – and another 2,756 were injured last year.

Guterres urged “Israel to immediately put in place preventive and protective measures to end the excessive use of force,” PNN further reports.

“I condemn the increasing number of child casualties, which are often a result of attacks in densely populated areas and against civilian objects, including schools and hospitals,” Guterres said in the report, produced by UN Children and Armed Conflict envoy Virginia Gamba and issued in Guterres’ name.

The report does not subject those listed to action; however, it shames parties to conflicts in the hope of pushing them to stop killing children.

Diplomats say Israel have exerted pressure, in recent years, in a bid to stay off the list, but no to avail.