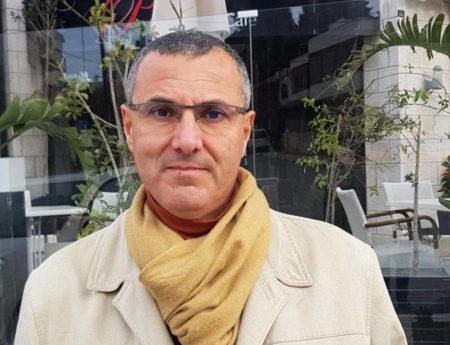 Israeli Minister of Interior Arye Deri has ordered the so-called “Population and Immigration Authority” to prepare a legal opinion so as to revoke the residency status of the co-founder of the ‘Boycott-Divestment-Sactions’ (BDS) movement Omar al-Barghouti, for breach of trust.

In recent years, the Israeli government has been fighting Omar al-Barghouti, for his efforts and activities aiming at supporting the political boycott of Israel, Haaretz newspaper reported.

The newspaper indicated that al-Barghouti, a resident of Akko, was detained in 2017 by Israeli police, adding that MK Katy Shitrit asked Israeli Deputy Attorney General Dina Zilber and Interior Minister Arye Deri, at that time, to work on deporting him.

The Interior Minister said that he intends to quickly withdraw the residency of al-Barghouti, and ban him from the rights of citizenship.

In turn, the leader of the Arab Joint List, Ayman Odeh, said that revoking residency or citizenship is anti-democratic, adding that today it’s al-Barghouti, and tomorrow it could be anyone who does not agree with the Israeli government, with its occupation policy and Jewish supremacist laws, saying, “We will fight to protect our rights by all legal means.”

The Boycott-Divestment-Sanctions movement is an international movement sparked by 150 Palestinian organizations in 2015, modeled after the anti-apartheid movement in South Africa in the 1980s. It aims at pressuring Israel using economic means to try to get Israel to adhere to its obligations under international law and withdraw its military forces and paramilitary colonial settlers from the Occupied Territories of Palestine.