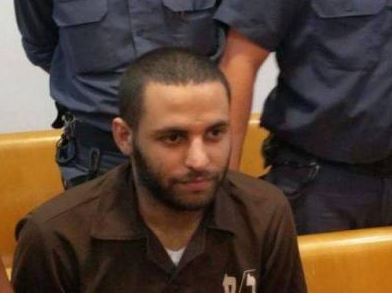 The Palestinian Commission for Detainees’ Affairs has reported, Tuesday, that a Palestinian detainee, identified as Mohammad Yousef Shinnawi, 23, from Haifa, has been held by Israel in solitary confinement since March of 2017.

The Commission stated that the detainee is facing very difficult conditions in solitary confinement section 12 in Majeddo prison, after the Prison Authority decided that he “poses a threat to Israel’s security.”

The detainee was abducted in January of 2017 and was sentenced, in October of 2018, to a life term and twenty years in prison, after the court convicted him of killing one Israeli and wounding another in two separate incidents, in Haifa.

Only two months after his arrest, the detainee received a solitary confinement order for six months, but the order has since been constantly renewed.

The current solitary confinement order against him is set to expire in September of this year and will likely be renewed yet again.