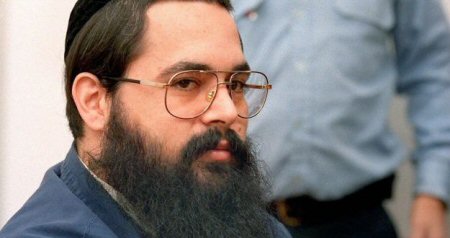 While demanding that the Palestinian Authority stop paying the monthly salaries of Palestinian political detainees for Israel, the Israeli government continues to pay a regular monthly salaries to Israeli prisoners who murdered Palestinian civilians, providing them and their families with social care  and legal follow up.

Head of the Palestinian Prisoners’ Commission, Issa Qaraqe’ said, according to the PNN, that the government of Israel is paying a regular monthly salary to the Israeli murderer Ami Popper who committed a bloody massacre, where he killed seven Palestinian workers from Gaza on May 20, 1990, in the Rishon Lezion area, near Tel Aviv.

The victims were waiting for their employers on the construction site when Ami Popper approached them wearing the Israeli army uniform. After he checked their IDs to make sure they were all Palestinians, he opened fire towards them, killing seven and injuring 20 others.

“Popper’s sentence, which was a life imprisonment, was reduced  and he will be released next month, Qaraqe’ said. “Despite being in prison, he lives in luxury: He got married on the anniversary of the massacre (20 may 2013) and had kids while he was in prison. In addition, he was allowed to visit his house several times.”

“The Israeli government is the largest financier of official terrorism in the Middle East that continues to claim legitimacy of their own terrorism,” he added.

This statement comes in midst of Israeli calls on the PA to cancel the monthly salaries for the Palestinian prisoners and their families who are imprisoned by Israel over political backgrounds.

“We reject being framed as criminals and terrorist. The struggle of our people is a legitimate struggle against the occupation and for self-determination and is guaranteed by UN resolutions and international and humanitarian laws,” he concluded.