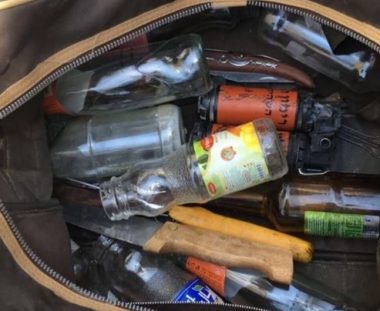 Israeli soldiers abducted, Tuesday, six Palestinians from Nablus, after stopping them at a military roadblock, east of Bethlehem, in the occupied West Bank, after reportedly locating Molotov cocktails, concussion grenades and knives in their car.

The army said the soldiers stopped and searched the car, and arrested six Palestinians, who did not carry identification documents, and located a bag containing knives, concussion grenades and Molotov cocktails.

Explosives’ experts were called to the scene, and safely removed the bag, while the six Palestinians were moved to an interrogation facility, where, according to the army, they “admitted planning an attack in Jerusalem.”

Earlier on Tuesday, the army abducted two young Palestinian men from their homes, in Zabbouba village, west of Jenin, in the northern part of the occupied West Bank.

On Tuesday at dawn, the soldiers conducted massive invasions and violent searches of homes in different parts of the occupied West Bank, including occupied East Jerusalem, and abducted twenty-four Palestinians, including a woman, former political prisoners in addition to a father and his four sons.