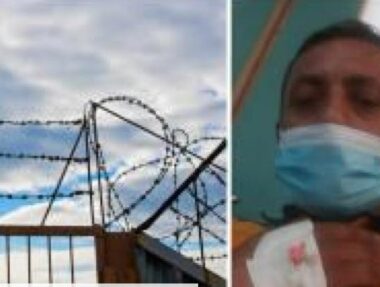 The Commission of Detainees and Ex-Detainees Affairs has reported, Thursday, that Israeli is constantly delaying the urgently needed medical treatment of an ailing Palestinian detainee with serious health conditions, including in his heart and kidneys.

The Commission said the detainee, Sharhabeel Abu Threa’, 49, from the al-‘Ezariya town, near Jerusalem, is held under arbitrary Administrative Detention orders, without charges or trial.

It added that the detainee suffers from several chronic conditions, including Cardiomyopathy, and is in urgent need of a pacemaker, in addition to high blood pressure, Pulmonary edema, Gout (a common and complex form of inflammatory arthritis), Renal indolence, disc issues in the back and neck, in addition to high cholesterol levels.