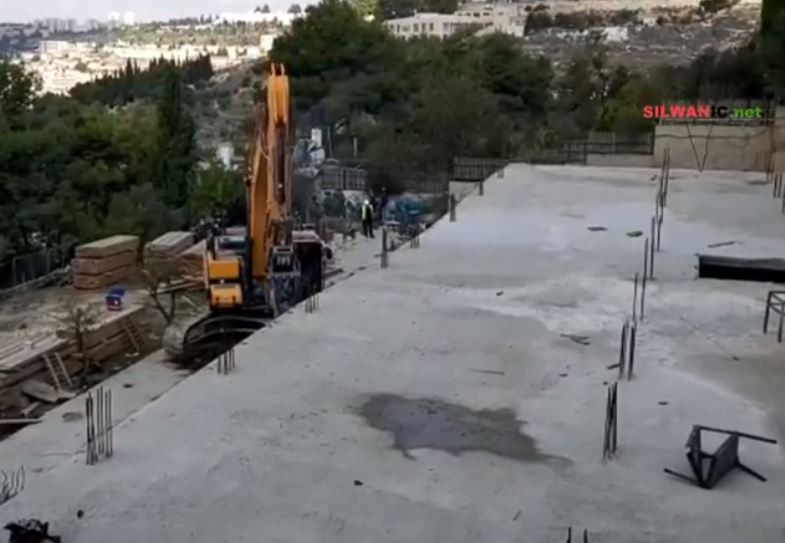 Israeli soldiers demolished, Wednesday, an under-construction Palestinian residential building, owned by a former political prisoner in the at-Tour town, in occupied Jerusalem, before abducting the owner and his son.

The soldiers, accompanied by bulldozers, invaded the town, before surrounding the entire area and completely isolating it.

Local sources said the soldiers then demolished the under-construction building, before abducting the owner, a former political prisoner identified as Ahmad Abu al-Hawa, along with his son, and moved them to an interrogation facility.

The army claims the 350 square/meter building was being constructed without a permit from the City Council, in occupied Jerusalem.

It is worth mentioning that, in the year 2016, the soldiers demolished a residential building, which consisted of four apartments, owned by Abu al-Hawa, under the pretext of being constructed without a permit.

Ahmad Abu al-Hawa is a former political prisoner, who was imprisoned by Israel for ten years.

While Israel continues to build and expand its illegal colonies in the occupied territories, in direct violation of International Law, it continues to deny construction permits to the Palestinians in Jerusalem and other large areas of the West Bank.

Video from the first demolition in the year 2016 – Jerusalem First