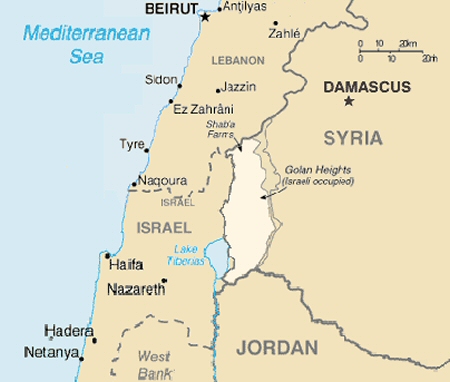 Israel, and, for the very first time, demolished a home in the Israeli-occupied Syrian Golan Heights on Wednesday, claiming that it was built without a permit, a Golan-based human rights group said on Thursday.

Al Marsad, the only human rights group operating in the Golan Heights, stated, according to WAFA correspondence, that hundreds of Israeli police accompanied bulldozers as they proceeded to demolish the home of Bassam Ibrahim in Majdal Shams, the largest town in the occupied Syrian Golan, under the pretext that it was built without a permit.

“This is the first time that the Israeli authorities have demolished a home in Majdal Shams,” said Al Marsad. “The destruction of this home marks the adoption of a new systematic policy of home demolitions by the Israeli authorities in the remaining Syrian villages in the Occupied Syrian Golan. The Syrian owners of dozens of other homes have been threatened with similar action,” it said.

Al Marsad accused Israel of preventing the Syrian population from building in their cities while encouraging and facilitating the construction and expansion of illegal Israeli settlements in the Golan Heights.

“As a result of the severe restrictions imposed by Israeli planning and construction committees, it is close to impossible for the Syrian population to obtain the necessary building permits. Therefore, the Syrian population is forced to build homes without building permits, as this is the only way to meet their housing needs given unprecedented levels of overcrowding,” said Al Marsad.

Israel occupied the Golan Heights in the June 1967 war.