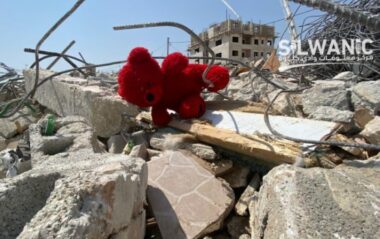 The Wadi Hilweh Information Center in Silwan (Silwanic) has reported that Eqab Ja’abis, from Jabal al-Mokabber village, in Jerusalem, said that he had to demolish his own home after all efforts to reverse the demolished orders have failed, and despite paying hefty fines and fees while attempting to obtain the permits.

Silwanic said the demolition order was issued ten days ago after Israel claimed it was built in a “green area” where constructions aren’t allowed.

Ja’abis said he decided to demolish his property to avoid the excessively high fines and fees, especially if the city uses its workers and equipment in destroying the property.

Ja’abis lived in the property with seven family members, including five children. The property was built using fortified tin and bricks. Silwanic also stated that Palestinians from the Dallal family in Beit Hanina, north of Jerusalem, were also forced to demolish three homes to avoid the excessively high fines and fees.

The family also tried to obtain the needed permits, in addition to paying fines and fees, but to no avail. The homes were constructed several years ago.