Israeli Army Prevents Farmers From Working On Their lands Near Salfit 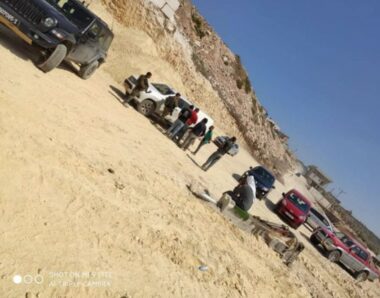 The Israeli army forced, Sunday, many Palestinian farmers to stop rehabilitation work on their agricultural lands near the main road leading to Qarawat Bani Hassan Village, west of Salfit in central West Bank, and tried to confiscate their equipment.

Ibrahim ‘Aassi, the head of Qarawat Bani Hassan Village Council, said many Palestinians were working on their lands, and rehabilitating them when the soldiers invaded the area and stopped them.

He added that the soldiers threatened to confiscate the agricultural equipment used by the Palestinians if they do not leave their lands.

The army said the lands are in Area C of the occupied West Bank and claimed that the Palestinians cannot work on them.

It is worth mentioning that the lands in that area are owned by fifteen Palestinians, who try to farm them, rehabilitate them, and build hothouses and storage rooms, but are subject to constant Israeli violations.