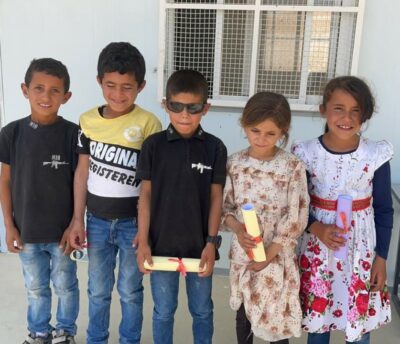 The Israeli army handed, Sunday, an order halting the construction of a Palestinian school in Masafer Yatta, south of Hebron, in the southern part of the occupied West Bank.

In a statement, the Um Qissa School said on its official Facebook page that the Israeli occupation authorities denied an appeal for permitting the small school, which serves children from the Bedouin community.

Fuad al-Amour, the coordinator of the Protections and Steadfastness Committees, said the orders are the prefix for a demolition order within the coming few days, adding that the order is part of the escalating violations against the Palestinians, their homes, lands, educational facilities, and holy sites.

He denounced Israel’s ongoing destruction of Palestinian infrastructure, schools, educational and health facilities as part of its constant attempts to build and expand its colonies, built in direct violation of International Law.